Mould Problems? – Mould on the ceiling and walls

How can I stop mould from appearing? 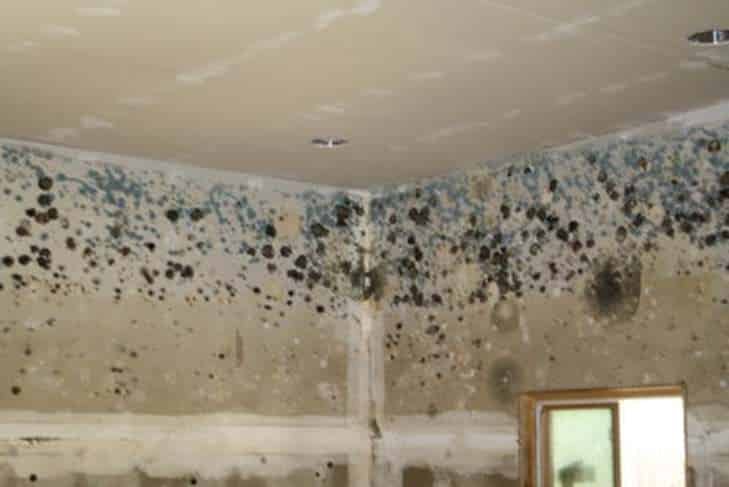 How can I stop mould from appearing? To much Condensation, moisture. Worried about health? We will show you how to reduce moisture and eliminate mould for good.

For Mould to appear and spread it depends on moisture, lots of it. So instead of having to regularly clean infected areas, get straight to the cause, moisture. You need an appliance that will give you the correct level of moisture in your home, it fits nicely into your loft with a vent into the ceiling. I have the Nuaire Drimaster Eco HC Condensation Control PIV Bundle for Lofts with Hygrometer and it does exactly what it says in the description, read the reviews on Amazon, buy it, fit it and say goodbye to the mould. But in the mean time read the article…

Time and time again customers ask for my advice about damp and mould growth, what causes it and how to remedy. If there is damp, then there is an issue with water either coming in through a slipped or broken roof tile, rain coming through the brick mortar or blocked and overflowing gutters and down pipes. I point out the obvious as well, for instance drying washed clothing in doors on or next to radiators, thats a lot of moisture dispersed into the house. Plus every human or animal produces a lot of moisture through breathing at night when asleep.

High humidity, water leaks and a condensation are the most common causes of mould. For this reason, mould is a common concern and an ongoing issue to tackle inside the home. At the same time, mould can just as easily appear on the house exterior and cause many problems in this regard.

For example, mould is a priority when it comes to our general health. After all, mould can spread fast and not only does it look awful, but it also contributes to respiratory issues. When you think about it, we should be prepared to pay for a remedy immediately. Read what the NHS has to say about mould.

Anyway, the point is, mould is a very bad thing and something that needs to be removed!

But that’s just part of the story…

In this article, we take a look at why mould exists and what you can do to protect your families health from this ugly and unwanted feature: Fast track to the solution.

Why does mould exist and how does it spread?

When dampness is in the air, condensation takes place and this is precisely why mould appears. Both new and old buildings are affected by mould which takes to wood, concrete, pvc, aluminum and pretty much any content of your home.

It’s true, mould thrives on humidity which is why you will often find mould inside the home. When mould begins to reproduce, it creates spores that spread through the air like a wildfire. However, due to the high level of moisture inside your house, mould is equally common in most areas.

Why mould is common in most homes?

As already mentioned, high humidity causes mould to spread but bad ventilation or leaking pipes are common causes of mildew or mould inside the home.

When autumn arrives and the temperature drops we hold back as long as we can before switching the heating on, sadly many cannot afford to turn on the heating and get warm. But we all know that the windows will become wet with condensation and mould can start to grow around the window frame, especially with older double glazing and we still see single glazing, the mould then thrives and spreads.

We all like to discuss the weather, its certainly very changeable in the UK, we can literally have all the seasons in one week. So wet conditions, condensation, moisture are all part of our every day life, but sadly mould is as well and can even show itself in new build homes.

First, let’s take a look at why mould is so detrimental inside and outside your home:  Fast track to the solution.

The importance of removing mould from your home?

Did you know that mould can cause nasal congestion, throat irritation and coughing? Long term exposure to mould can also result in more serious health problems such as asthma. In fact, the World Health Organization recently outlined how mould is responsible for 12% of diagnosis asthma in children. People of a certain age will also be more vulnerable to these problems but the truth is, mould inside and outside the home will continue to affect one and all.

Mycotoxins can also kill brain cells and this is something that leads to dizziness, hallucinations or psychological issues. As if that’s not enough, mycotoxins are thought to be carcinogenic which means that they can possibly even contribute to a form of cancer in some way.

It’s not our intention to cause fear with these facts but rather to explain the importance of removing any mould that might be gathering near your home. As for how you might notice this problem, common nose bleeds or flu symptoms can suggest that your home is overrun with mould. Similarly, bleeding gums or difficulty breathing is common.

In case you might not know, let’s take consider the appearance of mould:  Fast track to the solution.

How You Can Actually Spot Mould or Mildew?

In most instances, you can quickly spot mould with the naked eye. Needless to say, you will need sufficient light to spot this mould and access for visibility. As you might expect, this is why homeowners take so long to realize that mould has grown inside the guttering, for getting access to such areas is much more challenging than checking the walls in a kitchen, bathroom or basement.

You might also be familiar with ‘mildew’. Well, the reason for this name is because mildew and mould are not the very same thing. With this in mind, mildew is a form of mould that leaves black spots everywhere, while mould is a fluffy and slightly slimy in appearance.

But what did you do or not do to deserve this mould?

Well, regular cleaning the walls of your home can help prevent mould. Depending on the climate and local environment, the extent of mould will change from one home to the next. However, rest assured that mould is common and likely to appear in your home at some stage.

But how can you remove mould from home?

How to Remove Mould from your home in 3 Easy Steps

For most cleaning services, bleach is the best solution for tackling mould inside. More specially, bleach and water is usually mixed to form a solution that will eradicate this unwanted feature. Using a bristled brush, you can then scrub the affected area until the you are free of such stains or marks. Finally, you should rinse the areas with fresh water to rinse away the debris.

But easier said than done, right?

Right, exactly — removing mould from your home is quite a time consuming (and messy) job.

Using the Nuaire Drimaster Eco Heat to Protect Against Mould 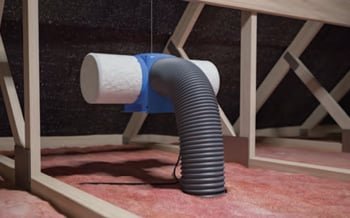 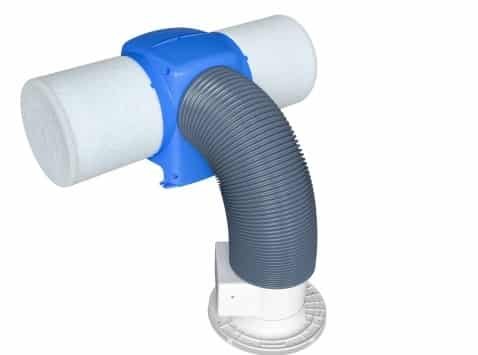 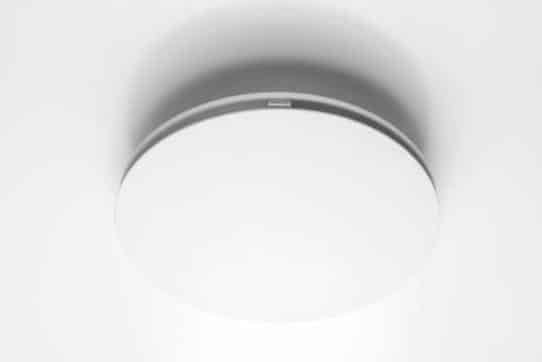 The Nuaire Drimaster Eco Heat is an incredibly effective machine that introduces fresh air and keeps mould away from your home. By improving the air quality, this machine will greatly reduce the risk of mould or other pollutants in your home and no extra ducting is required for the process. What’s more, this wonderful machine comes with a digital hygrometer that helps you monitor the quality and extent of ventilation throughout the home.

It should also go without saying that better ventilation and less mould inside home will mean there is less chance of spores flying out the window. More specially, this means that less spores can attach themselves to the exterior of your home and any nearby guttering. It’s only one of many machines but we just wanted to illustrate one of the many ways that you can help protect your home.

You can find out more about the Nuaire Drimaster Eco Heat by clicking here.

Ask us about our fitting service admin@local-guttercleaner.co.uk

Getting Professional Services to Remove Mould

Whether you know how to spot or clean mould is one thing but having the time or experience to get out there and clean is another. Professional mould cleaning and removal services can take the hassle out of this process for you and ensure that all mould is removed form the gutters. What’s more, these professionals should be able to inspect the mould and advise how you might avoid these situations in the future.

When it comes to choosing a specific company, it’s probably best to stay local and smaller gutter cleaning and mould removal services are more likely to have availability. That is to say, large cleaning companies are often focused on industrial buildings and contracts as opposed to residential homes. In this sense, you might also try contacting a local window cleaning service, for they often have the necessary equipment and experience to tackle any mould that might be laying siege to your in your home. 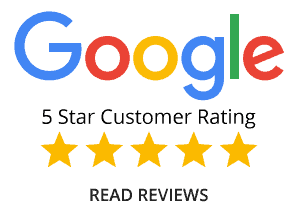 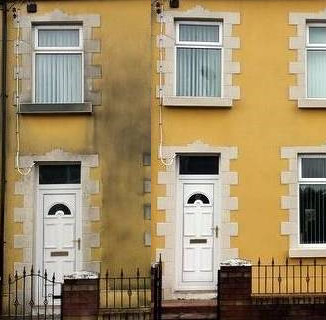 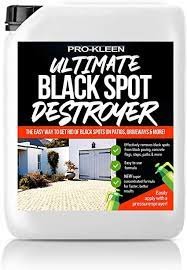 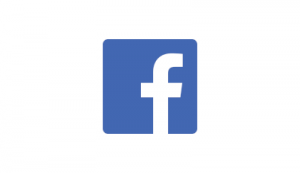 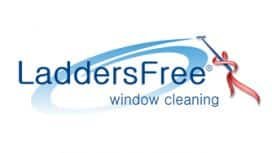